Fucoxanthin, also known as fucoxanthin and fucoxanthin, is a natural pigment of lutein in carotenoids, accounting for more than 10% of the total of approximately 700 naturally occurring carotenoids. .

The color is pale yellow to brown and is a pigment contained in brown algae, diatoms, golden algae, and yellow-green algae. Extensive in a variety of algae, marine phytoplankton, aquatic shellfish and other animals and plants.

As a drug, skin care beauty products, and health products are widely used in the market. 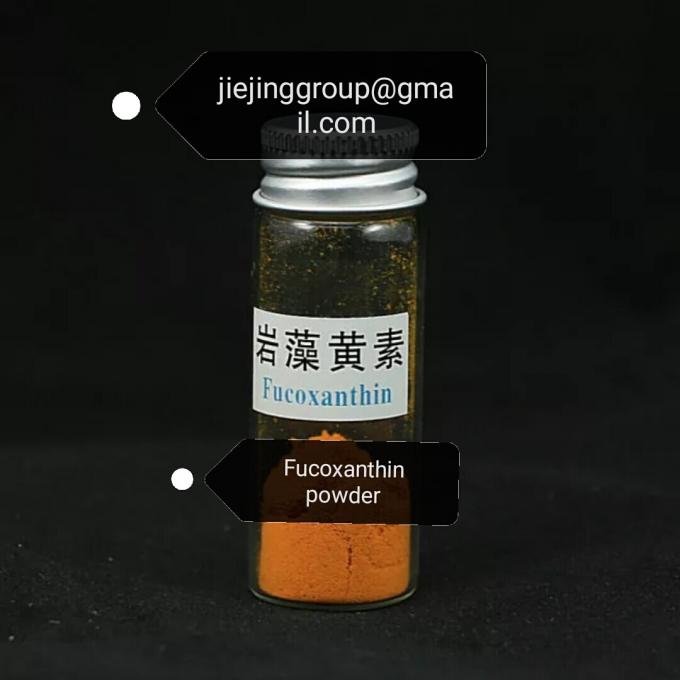 
Insoluble in water, soluble in organic solvents such as ethanol, generally fat-soluble powder or oil.


Fucoxanthin and Amarouciaxanthin A are the main primary metabolites of fucoxanthin. The ingested fucoxanthin hydrolyzes into fucoxanol under the action of digestive enzymes (such as lipase and cholesterol esterase) in the gastrointestinal tract, which then passes through the lymphatic system and partially decomposes fucoxanol into AmarouciaxanthinA in the liver. The flavanols and AmarouciaxanthinA are then further metabolized by enzymatic reactions such as isomerization, dehydrogenation, deacetylation, oxidation, and demethylation. 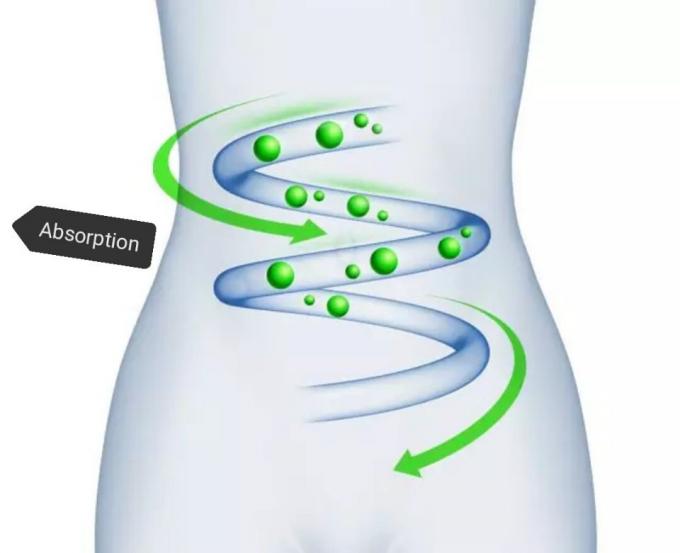 3.stability
High-purity fucoxanthin is unstable to heat and easily oxidized. However, fucoxanthin extracts obtained from algae have stability due to the coexistence of antioxidant substances (such as polyphenols, etc.).

Fucoxanthin in seaweed is stable during dry processing and room temperature storage.

Fucoxanthin has an inhibitory effect on the formation of duodenal cancer induced by N-ethyl-N'-nitro-N-nitrosoguanidine. Fucoxanthin can significantly inhibit the growth of colon cancer cell lines, including Caco-2, HT-29 and DLD-1. Induces DNA fragmentation of colon cancer cells, promotes apoptosis, and inhibits the expression of apoptosis-related protein Bcl-2.

Fucoxanthin can inhibit the proliferation of human colon cancer cell line WiDr cells in a dose-dependent manner, and can block the cell cycle at G0/G1 phase and induce apoptosis.

Fucoxanthin can inhibit the growth of human hepatoma HepG2 cells, which can block cells in G0/G1 phase and inhibit the phosphorylation of Rer protein Ser780. 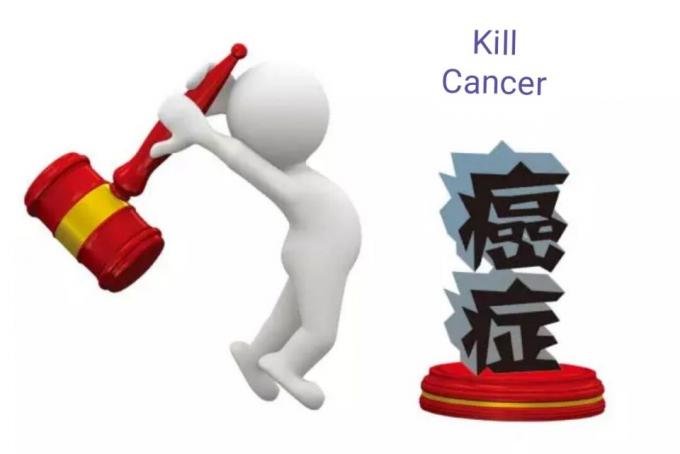 Fucoxanthin has a good antioxidant effect, even better than vitamin E and vitamin C. Fucoxanthin has a protective effect on UV-B-induced damage to human fibroblasts. The antioxidant effect of fucoxanthin is mainly through the regulation of Na+-K+-ATPase activity, as well as the regulation of the activity of catalase and glutathione in tissues and molecules due to the deficiency of retinol. 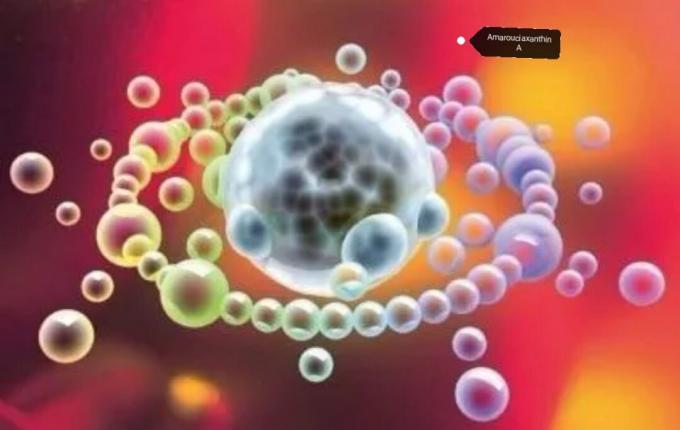 Fucoxanthin has an inhibitory effect on the exudation of inflammatory mediators induced by endotoxin in a dose-dependent manner. Its anti-inflammatory effect is comparable to that of prednisolone, indicating that fucoxanthin has an inflammatory infiltration in mice induced by endotoxin. , NO, PGE2 and tumor necrosis factor have a certain inhibitory effect. Its anti-inflammatory effect is mainly through inhibiting the exudation of NO induced by lipopolysaccharide-induced macrophages. RT-PCR analysis showed that the mRNA of NO synthase and cyclooxygenase was inhibited by fucoxanthin, and Tumor necrosis factor, interleukin IL-1β and IL-6, and mRNA cell survivin expression were both inhibited by fucoxanthin in a dose-dependent manner. These results indicate that fucoxanthin may have multiple inflammatory responses. Has an important role.

Seaweed contains fucoxanthin, which has a significant effect on macrophage phagocytosis and ovulation.

1 in addition to weight loss can be used as health products, can also be applied to all kinds of foods, such as butter, pies, green tea cakes and other baked goods, to play a role in increasing product color and functionality.

4 as a drug for the treatment of skin cancer, colon cancer, prostate cancer, liver cancer and other cancers. 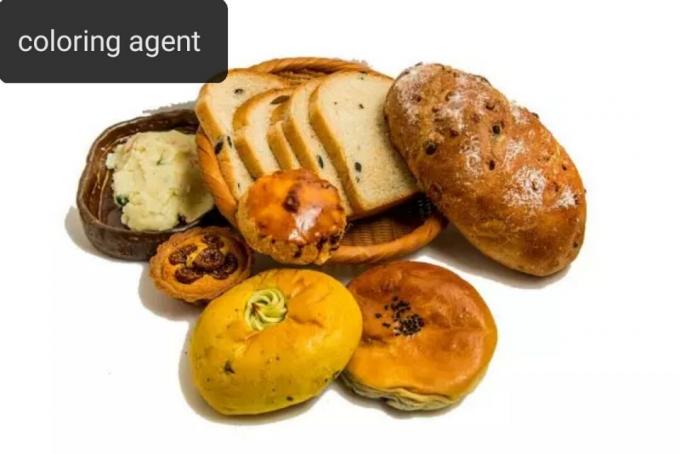 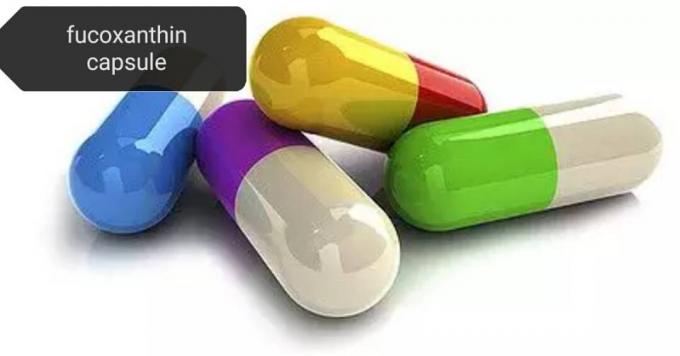